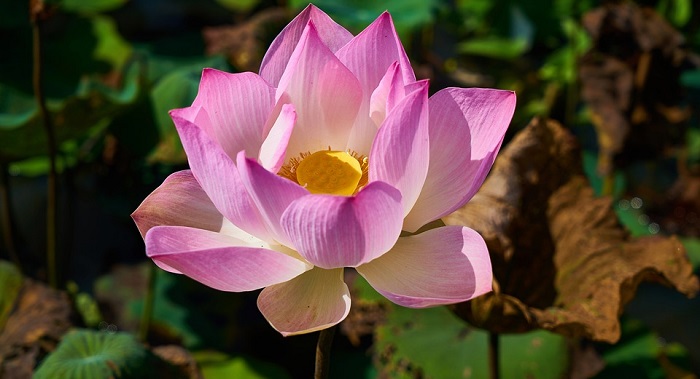 Flowers often remind us about the beauty that is still present in the world. They rise from the ground and are visible to us only for a certain amount of time each season. Their presence is sometimes brief and we have to be quick if we want to catch a glance of our favorite flower.

Symbolic meaning of flowers is extremely strong and powerful. Because of this, they have been used as motifs and symbols in art and literature.

Each flower has its own symbolism and this symbolism can sometimes vary from one culture to another. No matter where you live, there are flowers and plants that special meaning to your culture and that are, in a way, representations of your culture and heritage. Religious ceremonies often include flowers and flower arrangements, because flowers rise from the ground against all odds and withstand all of the harshness and darkness of the world.

Lotus flower belongs to one of the most important religious symbols, especially in Eastern cultures. This beautiful flower is often used as a flower in religious ceremonies all around China and Japan, but each culture has its own unique view of the Lotus flower. This mesmerizing flower was often used to describe divine beauty and pureness of one’s soul. From Eastern cultures, Lotus flower spread across the world and won over hearts of many. In modern times Lotus flower has become a very well-recognized symbol of beauty, pureness, innocence and spirituality.

Meaning of the Lotus flower

Patience – To Eastern cultures, Lotus flower was often seen as a symbol of patience. They used these flowers in temples and religious places in order to remind people to be patient and to wait for better times, if their lives weren’t perfect at the moment.

Mysticism – Lotus flower was an essential part of religious ceremonies and celebrations. These flowers can be found around temples and calm spiritual places, therefore a lot of mysticism was always linked to its existence. Rising out of the water is what makes this flower so special among all other flowers. When you see a Lotus flower floating on the water, there is simply a beautiful and peaceful feeling that wakes up in your heart.

Self-awareness – People who have this flower as their birth flower are very self-aware and sure of themselves. They know how to value themselves and everything they have done for other people. If you hurt their pride or insult them in any way, this is going to be the end of your communication with them. Lotus flowers are simply symbols of being confident and knowing how special and important you actually are.

Enlightenment – Being related to religion makes the Lotus flower a universal symbol of enlightenment and divine energy. Even seeing a Lotus flower wakes up something peaceful and calm in our souls that drives us forward into something better.

Rising out of the pain – Just like Lotus flowers rise out of the water, they symbolize fighting against difficulties and persevering through everything difficult in life. You need to try your best to make things happen for you, because nobody else is going to do that for you. 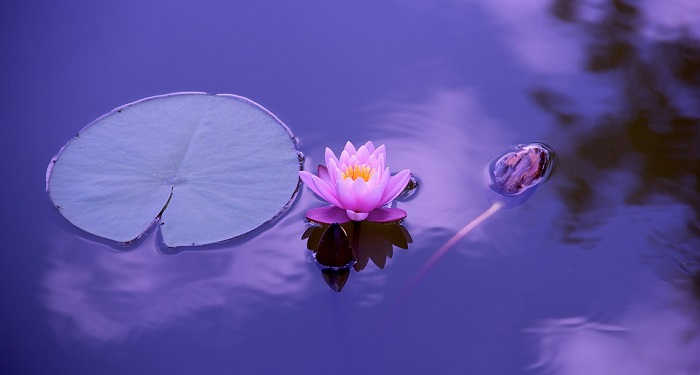 Direct spiritual connection – Lotus flowers are linked to the religious world and celebrating everything that is beautiful and pure. These flowers are essential symbols of religion and spirituality in many cultures, which makes them direct pathways to the spiritual world.

Purity and emptiness of sin – Lotus flower is a symbol of innocence and pureness. This is the universal symbol of everything that hasn’t been touched by sin or mixed up with anything filthy. In art and literature, lotus flowers represented virgins and the spiritual realm.

Beauty – This symbolic meaning is something that can be derived from the simple look at the Lotus flower. The beautiful appearance of this flower and its uniqueness set it apart from every other flower in the world. When you see this gentle flower floating peacefully on the water, it will become instantly clear to you why it is so special.

Name Lotus came from ancient Latin word Lotus and from there it made it into many different languages and cultures. Frequently used name is the Lotos, but still the name that is used the most is the Lotus.

Lotus belongs to the Nelumbo Nucifera family and it is often confused with the water lilies. They belong to the family of Nymphanea Nymphaea caerulea.

Lotus flower has a very powerful symbolic meaning, especially in Eastern cultures. Nelumbo Nucifera or the Lotus flower is the sacred power in Buddhism and Hinduism.

In Hinduism, Lotus flower is linked to the Vishnu and Lakshmi divinities and they are often painted in iconography with pink Lotus flowers. The Lotus navel or the Padmanabha was used to represent Vishnu and the Lotus issued Brahma from his navel. The goddess Sarasvati was often painted on a white Lotus. Vishnu was often described with words such as divine beauty and the “Lotus eyes one”. Divinities were often painted on top of Lotus flowers that had their petals spread, in order to represent the expansion of the soul. This benign spiritual promise is something that is often used in Hinduism and iconographic representations of divine creatures. Deities Ganesha and Ganga are painted sitting on Lotus flowers. Lotus flower was often used in Puranic and Vedic literature and many poems are founds that witness that.

There are many deities in Asian religion that are painted sitting on a Lotus flower. In Buddhism, Lotus flower is the symbol of body, mind and speech.  Just like Lotus flowers float above the water, we should float above desire and sin to avoid their influence. According to an ancient legend, Buddha left Lotus flowers behind him everywhere he stepped. In Tibet, the second Buddha was called the Lotus-Born and he was the one who brought Buddhism to Tibet.

Lotus flower is the state flower of many Indian countries like Haryana, Andhra Pradesh and Karnataka. Ancient Egyptians paid great respect to the Lotus flower as well. Their wall paintings are full of Lotus flower symbols and there are two main types of lotuses that grew in Egypt. These two types were the white and the blue lotus flower. Pink flower came later on when the Egyptian civilization was at the end of their existence.

It is logical to associate lotus flower with both death and birth. In the ancient Book of the Dead, there were several spells that could transform a human being into a lotus flower that allowed this person to be resurrected.

In popular culture, lotus flower is still an important symbol around the world. Even though it was mostly important to the Eastern cultures in the past, with the growth of commerce and travel, the rest of the world was able to see the beauty of the lotus flower. People now days use creative ways to show their admiration to nature, so lotus tattoos are very often. Lotus flower tattoo symbolizes purity, spiritualism, beauty, innocence and separation from the sin. Lotus flowers are often used as house decorations and many people grow lotus flowers in their backyards to bring a little piece of heaven into their homes.

Sometimes certain colors can add up a lot to the symbolism of a certain flower. The symbolic meaning of colors gets transferred to the flower, and this is something even our ancestors looked after very much. Lotus flower comes in several different colors and each color has something special to tell about this beautiful plant.

Lotus flowers grow in the water. If you want to have lotus flowers in your garden, you need to have a deeper fountain or a creek nearby, where the lotus flower can grow freely. Growing lotus flowers pretty much depends on their desire to grow. The only thing you can do is to pick different sorts of lotus flowers in various colors and root them in pots that you can place on the bottom of the pond or a creek. Don’t mistake lotus flowers for water lilies, because they are very much similar.

The pot should be placed at least 4 inches underneath the water and not more than 10 inches. It is best to plant lotus flowers in the spring time or in the fall. There is no need to water them or even fertilize them, since they are going to grow by themselves as soon as the temperatures rise up to 60 degrees F. don’t be scared when they disappear in the winter time, because this is their normal blooming process.

Lotus flowers were often used as medicine for various diseases. They were used as sedative tea that helped cure insomnia without using any kind of harmful medication. Lotus flower in America is regularly used as food and the flowers and seeds of the lotus flower are safe and edible.

Every flower hides a certain secret message for all of us. There are many things we can learn from plants and flowers, which can completely change the way we look at the world. Their existence might seem simple, but they hold in a lot more power and resilience than we think.

Lotus flower is sending you a message of spiritual guidance and purity. Follow your destiny and your life path, and try to be the best person you can be. Follow your intuition and don’t let anybody tell you what you can and cannot do. Find your calmness in the spiritual realm and let the celestial powers guide you through life and all of the hardships.