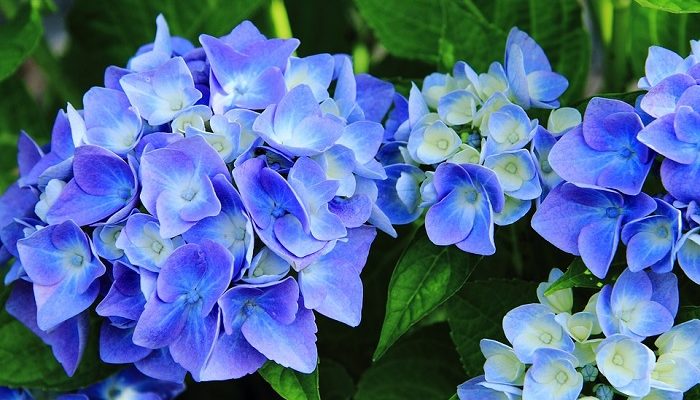 If you ever thought that flowers are not interesting at all and that studying their past won’t be fun, then we hope this text is going to change your opinion. Flower symbolism has been present for hundreds of years, and people used flowers to express their emotions, fears and opinions. Artists used flower symbolism to send messages to the broader audience without even saying one word.

Flower symbols were there to remind people about things that weren’t something to be said out loud.

Flower symbolism is very rich and it was created by various cultures of the world. People, who lived on opposites sides of the planet, or even country, had a completely different meaning about certain flowers than their neighbors. This created a very rich and interesting symbolic meaning of each flower that was passed on from one generation to the other.

Flowers were there to mark events that were important to us and to make them more festive and beautiful. They are still here to brighten our days and make our lives richer. Without them, everything would be dull and bland and we wouldn’t have such inspiration to make our lives more beautiful.

In today’s text we will be talking about the Hydrangea flower and its symbolic meaning, so if you were ever interested in finding more about it here is your opportunity.

Meaning of the Hydrangea flower

Every flower has a symbolic meaning and symbolism hidden behind its appearance. You might think that a flower doesn’t represent anything, but in some cultures or social circles it can have a strong meaning. It is always helpful to know what kind of meaning a specific flower has, because this makes it easier when choosing the right flower for someone. You certainly don’t want to send the wrong message to someone, which can often happen if you are not informed about the flower’s meaning.

The meanings behind the Hydrangea flower are:

Gratitude and honesty – The Hydrangea flower symbolizes honesty and gratitude. There is a deeper symbolic meaning behind this that we will get to in the rest of the text. If you want to show someone how much you appreciate their help and presence, this is the perfect flower to do exactly that.

Deep understanding between people – This beautiful flower does also a symbol of deeper understand between two people, that don’t have to be of a romantic kind. This connection can be between friends and family members but it can also apply to romantic couples as well.

Heartlessness – Due to its representation in the past, the Hydrangea flower also has this symbolic meaning. Heartless ness is another association with this flower, so be careful not to send the wrong message to someone. 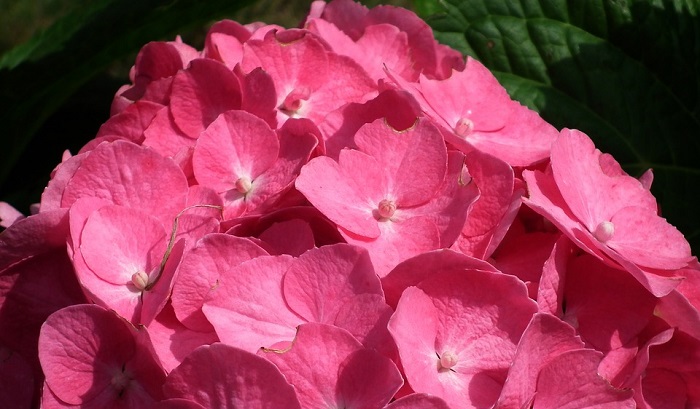 The Hydrangea flower was named after the Greek word for water “hydros” and jar or jug. Since this period, the Hydrangea name remained popular among scientists and also common people.

Flower reminded the ancient Greeks of a water jug, but unlike jugs or jars, the Hydrangea flower doesn’t hold water. During the development of this flower, a lot of moisture is required which might be the reason behind the name of this beautiful flower. The Hydrangea flower was first cultivated in Asia, but it got spread to the rest of the world from there. There are 75 different species under the Latin name Hydrangea, but sort is the one people usually refer to.

According to the story, the Emperor was away for business and in order to apologize to the maiden he gifted her Hydrangea flower bouquet. Florists in Japan also link this flower to romance and love, especially the pink flower color because it resembles a heart.

In popular culture, the Hydrangea flower arrangements are usually sent as an apology or in wedding bouquets.

Color of the flower can add up to the symbolic meaning or take away from it. The Hydrangea flower comes in several different colors, so you can choose the right one for every person you want to gift it to.

The Hydrangea flower comes in these colors:

Hydrangea flower with luxurious balls of flowers of different colors and shades beautify gardens throughout the spring and summer until the autumn. And when they do not bloom their big dark green leaves are interesting decorations, especially in combination with other flowers in the garden. This garden plant is not demanding at all.

Hydrangea originates from South and East Asia. Name of the plant Hydrangea comes from the Greek word hydros, meaning water. She was named after a young French woman who was dressed in a boy in 1768 on board a ship that moved to one of the numerous exploratory expeditions to East Asia, aimed at discovering new, until then unknown species of plants. Most species of Hydrangea are at a height of one to three meters, while others have small trees or climbers, which can reach up to 30 meters in height. They can be deciduous or evergreen, and most cultivated species are deciduous.

The flowers of the Hydrangea have big bright colors, and the leaves are big toothed. The flower develops on strong reddish shoots that develop in the spring from the peak bud. Flower heads can be of various shapes and colors – round, dome or plate, white, pink, red, blue and purple.

The colors of flowers change depending on the species, but also on the composition and acidity of the soil, from blue to violet, pink and red. The natural color of the flower is pink or white, but with small “tricks” this can be changed. The blue or purple color of the flowers is obtained if one drop of a spoonful of sliced ​​stew is added to the soil several times when the buds appear. The flowers get blue, and if the nails are placed in the soil with the carrots, or the needles of the pine trees are spread over the land around the bush. Sometimes women received a blue color of flowers by adding ink to the water in the watering water. Only in white varieties of horticulture colors of flowers do not depend on the soil, and are always white.

The Hydrangea flower corresponds to bright spots in the garden protected from direct sun and half-length. They can be individually or in groups, and some species alongside the walls of houses or pergolas. Hydrangea flower requires rich humus soil, without acidity, evenly damp and slightly sour.

Hydrangea is a wetland plant, and years of flowering require a lot of water. It is best to be watered in the morning, with water that does not have a little lime in it, rainwater or water that has fallen.

In the spring, with the beginning of vegetation, the Hydrangea should be fed with fertilizer, specially prepared for this kind of plant.

Hydrangea flourishes lushly, if it does not get drastically trimmed. It also requires occasional cuts, to remove dry, and lateral branches, and if it is older, you need to thin out branches a little, so that it has enough air. If it is grounded in the soil level, it will flourish only next year.

Dry preserved flower of Hydrangea should be removed regularly over flower buds. In the fall, the flowers are carefully removed, but it is better to leave them until spring, because they protect the plant from sharp winters. When removing flowers, make sure you do not damage the new buds. In the spring, when the leaves are green, the flower poles are cut off to the first leaves, and the thin and old burrows at the soil level. In this way, the shape is formed and it improves the appearance of the bush.

The Hydrangea flower is reproduced by dividing from the root to early spring or by brush cuttings very quickly. In the spring, cuttings are taken from branches that do not bloom.

Flower symbolism is very rich and it was created by various cultures of the world. People, who lived on opposites sides of the planet, or even country, had a completely different meaning about certain flowers than their neighbors. Every flower has a symbolic meaning and symbolism hidden behind its appearance. You might think that a flower doesn’t represent anything, but in some cultures or social circles it can have a strong meaning. It is always helpful to know what kind of meaning a specific flower has, because this makes it easier when choosing the right flower for someone.

The Hydrangea flower is also sending you an important message you need to take seriously, and that message is to always express your emotions. Your overtly closed personality can cause you to spend your entire life without finding that perfect someone, which is going to be a true waste for someone as beautiful as you. The Hydrangea flower wants you to always be clear about your emotions and to forget about the negative in your life. Speak out and never miss an opportunity to find true love, because you deserve it. Be open to people and let them inside your life, even if this means getting hurt. At the end, we regret more the things we haven’t done, than the ones we have done.

The Hydrangea flower is a symbol of frigidity, apology and love. These meanings might be contradictory but they all derive their significance from history and the way this beautiful flower has been seen by various cultures. These symbolic meanings remained relevant even today, when the Hydrangea is usually gifted to people if you want to apologize for something or ask for forgiveness.

Either way, the Hydrangea flower is a beautiful flower that can be equally beautiful decoration for your home and a gorgeous present for someone you love. Just make sure you choose the right color and you can’t make a mistake with this gorgeous flower.