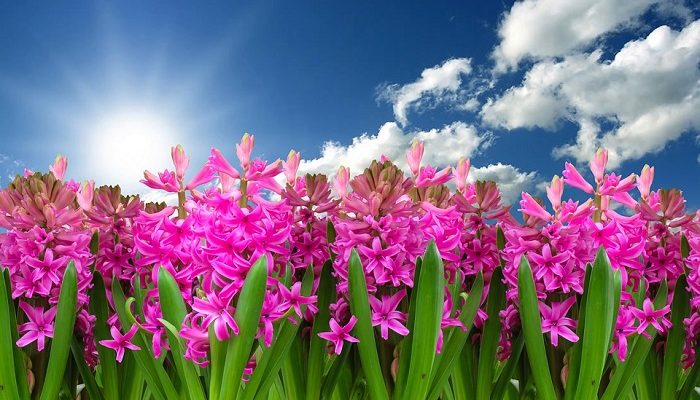 Flower symbolism is not only there to help us decide which flower sort to pick for a gift, there is a much deeper symbolic meaning to flower symbolism than we think. Flowers enrich our lives and make us happier and more positive. There is no person on earth who wouldn’t be happy after receiving a beautiful bouquet of flowers.

Flower symbolism dates back hundreds of years which mean people gave a lot of importance to flowers in general. Their presence in our lives is not only for decorative purposes, since flowers can help us express our emotions and feelings. There is no need to say anything to someone you like, if you come knocking at this person’s door with a bouquet of beautiful flowers. Your action will be pretty much self-explanatory.

Another way, flowers were used in the past was through symbolism in art. Certain flowers carried an important symbolic value, which is why artists used them in their paintings, poems and every other form of expression.

Flower symbolism played an important role in ancient times as well, since old cultures used flowers to decorate their religious ceremonies and events and also to make these events look more important. Certain flower sorts were gifted to only certain people and you couldn’t just pick any flower for any person, so pretty much same as today. In today’s text we will be talking about Hyacinth flower symbolism and meaning and what it represents to us.

Meaning of the Hyacinth flower

Every flower has its own meaning that can be used as guiding point when we want to gift someone a certain flower sort. These meanings and symbolic meanings are always good to know because it can be helpful and also fun to learn more about. Hyacinth is a very beautiful flower that is best known for its intoxicating scent and beautiful appearance. As a cut flower and as a garden plant, it is definitely a flower that is going to turn heads and fill your garden or home with gorgeous perfume of nature.

Hyacinth flower has these meanings:

Sincerity – Hyacinth flower represents sincerity and when it comes to this meaning, it can be gifted to almost anyone. These flowers are mostly used as garden plants but they can also be a part of a beautiful bouquet for someone you love.

Jealousy – Be careful when it comes to Hyacinth flower because it can represent jealousy. This flower meaning is not very known, so to someone who might know this meaning, it can be offensive to gift this flower. Yellow color of the Hyacinth flower is especially meaningful, because gifting it to someone means you are either jealous of his success or jealous in a sense that you disapprove of your partner’s behavior.

Rashness – The rashness meaning is also linked to the god Zephyr. 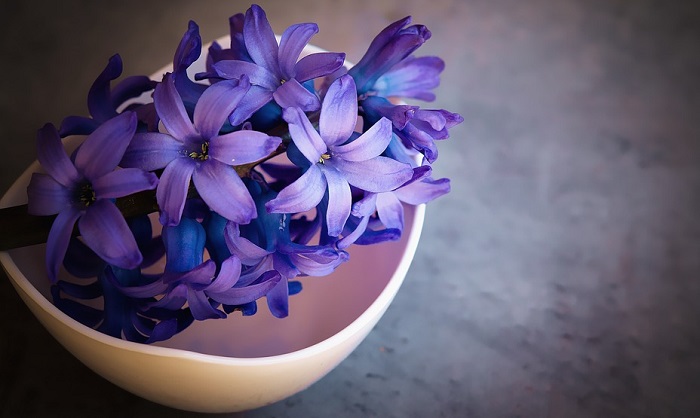 Sorrow – Hyacinth flower can also represent sorrow especially if the color is purple. So be careful not to send the wrong message to someone you love.

The Hyacinth flower name comes from the Greek legend about a gorgeous young man called Hyakinthos who was slain by the god Zephyr. God Zephyr was the god of the west wind.

The name Hyacinth was also derived from the word jacinth which means a blue gemstone, and the name was certainly given because of the flower’s color. There are also many different names in various cultures, but this is the most common known name for this beautiful flower.

The Hyacinth flower name comes from a Greek legend that revolves around the Greek god Zephyr, who was a god of the west wind, Apollo who was the god of sun and a young man called Hyakinthos. The Zephyr god fought for the attention of the beautiful young man against Apollo. One day the young boy was learning how to throw a discus and Apollo was teaching him. after Zephyr saw this, he got angry and decided to send a strong wind. The wind started blowing and it carried the discus away and back again. The discus went directly to Hyakinthos, striking and killing him.

After Apollo saw the tragedy, he was heartbroken. In the spot where the young boy died a flower sprung. In honor of the Hyakinthos, Apollo gave the name Hyacinth to the flower. This symbolic meaning remained the same throughout history.

Every flower color has something special to tell to the receiver and the message sent by a certain color is just as important as the flower meaning itself. Hyacinth flower comes in several different colors and each color has a special meaning behind it. Before choosing the right flower color for someone you love, make sure you understand the message you are going to send with this flower.

Hyacinth is most commonly grown as a garden plant, but it can also be grown as a house plant. The flower can be cut and placed in a vase as a beautiful decoration for your home. Hyacinth can be combined with other spring flowers, to then become part of a vivid floral arrangement.

Hyacinth is a perennial plant that is most commonly reproduced by older flowers that give birth to younger flowers. If you buy bulbs, choose hard ones, only those that are not damaged, dried, pricked, or otherwise damaged.

Hyacinths are planted in autumn in the garden, or in pots that should be left inside. For them, the best soil is the one rich in humus, which is good for watering. Flowers should be planted at a depth of 15 to 20 centimeters in order to be safe from winter frosts, with a gap between of 15 and 20 centimeters. When you plant Hyacinth flowers, press them firmly into the soil so that there is no space under the bulb, in order to avoid rotting the root. The root is very sensitive and if damaged veins are damaged during transplantation, they will not regenerate, and there will be stagnation in growth, and in case of major damage and degradation.

Stem has long thick leaves that will later flourish into beautiful flowers and spring from the bulb in the spring. Hyacinth grows 20 to 30 centimeters in height.

If you gobble as a garden plant, so that its flower lasts longer, do not place it in a too warm room, and the substrate it is planted should be watered moderately and be careful not to dry.

Hyacinth, planted in pots indoors, rarely blooms in pots the next year. In order to flourish again in the spring, it is best to plant such a bulb in the autumn in the garden.

Hyacinths should not be cut off after flowering. It should be left to naturally curl and thus create a branch for the bulb, for the flower that will spring again in the spring. It is best to leave such bulbs in the ground. If you still remove them, put them in a darker and cooler place.

You can dig up and separate young bulbs. If you take good care of them, you can expect the first flowers after two to three years.

You can save the Hyacinth in the pots until next spring, cutting them off with sharp scissors or a knife of a flower stem right above the ground. Leaves should not be damaged because they are still needed by plants. Leave the pot in a sunny place, water it normally and fertilize every other week. When the leaves become yellow and dry, the bulb has stored enough energy for the winter. Then you can cut the dry leaves, remove the bulb from the pots and clean it from the ground. Store it in a dark, cool and dry place.

If the care is proper, you will have it not only this spring, but also the next as a wonderful garden or room plant in your home. Flower in the vase brings the scent of spring into the home and there will be a beautiful decoration in the interior.

Flower symbolism played an important role in ancient times as well, since old cultures used flowers to decorate their religious ceremonies and events and also to make these events look more important. Certain flower sorts were gifted to only certain people and you couldn’t just pick any flower for any person, so pretty much same as today.

The message behind the Hyacinth flower is to always find time to do something playful and to see life as an endless pool of happiness in general. His flower gives us hope and another vision for tomorrow. Hyacinth flower teaches us how to be more playful in life and less preoccupied with things that are not that important. We should enjoy life, because we only get one chance to live and that chance is plenty if we use it right.