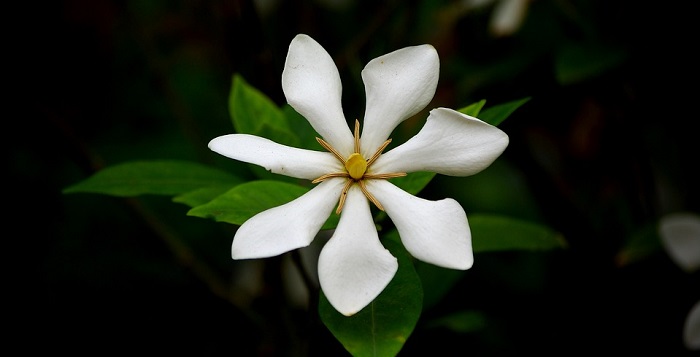 Flower symbolism dates back hundreds of years and it wasn’t only important when people thought about giving someone a gift, so they had a problem choosing the right flower. Flower symbolism is something much deeper and more meaningful, that helped people express their deepest emotions and to connect on a greater level. Ancient cultures used flower symbolism to express the importance of certain events and things that were happening in their lives. Things haven’t changed much today, since events like weddings and baptisms can’t be imagined without colorful flowers.

The reason why flowers had such a strong influence eon us is because of their beauty and strength they possess. Some flowers might seem so gentle and fragile, but in reality they are strong and can endure almost every difficult living condition on the planet.

Flower symbolism is very important today, and it can be found on the most common places like in logos or even in signs for various organizations. Almost every town has its own flower that is a representation of both the climate and nature of that area, but also a symbol of something much deeper and more meaningful.

In today’s text we will be talking about the Gardenia flower and the symbolic meaning behind it. This beautiful flower has a strong symbolical meaning, and by many it is considered to be one of the most beautiful flowers on the planet. So, if you ever wanted to learn more about this natural beauty, this is a perfect chance to do that.

Meaning of the Gardenia flower

All flowers have hidden symbolical meanings behind them sometimes these symbolical meanings are less known while other times we are well aware what a certain flower represents. Flower meaning influences everything regarding this flower, and in the past meaning of a flower had a strong message that was passed on from one generation to another. If a certain flower had negative meaning, then this flower was avoided by all the people and never considered as a gift. People strongly believed in what their ancestors told them, and therefore respected the cultural heritage.

The meanings of a Gardenia flower are several, and they are: 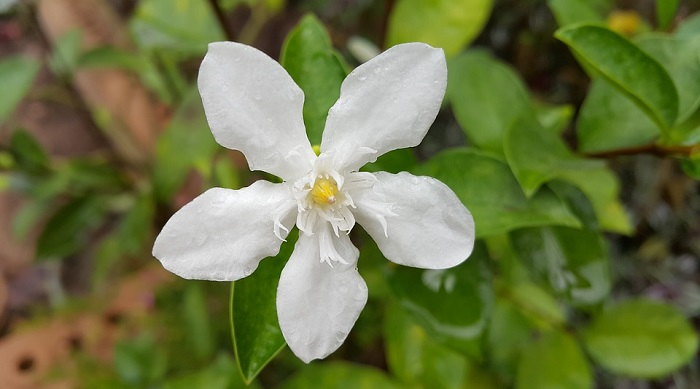 The Gardenia flower got its name after Alexander Garden who was a botanist, physician, correspondent to John Ellis and zoologist. This beautiful flower was named Gardenia in his honor, but the botanist who classified the genus was Carolus Linnaeus.

There isn’t any great story behind the name of this beautiful flower, but this doesn’t mean that makes a difference when it comes to symbolical value.

Gardenia is a plant with large white flowers of exceptional beauty and fragrance. Her flowers used to be used to make wedding bouquets, as a flower for young hair or bridal gown, and as decoration in the hair of girls.

Gardenia originates from China, Taiwan and Japan, where it began to grow more than three centuries ago. In China, flower gardenia was used as a yellow color on fabric and food, and the fruits of traditional Chinese medicine for the treatment of depression, anxiety and infection.

Gardenia was named after the famous botanist of Scottish origin, Dr. Alexander Gardner, who lived in Carolina in the United States at the end of the 18th century.

The genera of the gardenia belongs to the Rubiadeae family and includes around sixty species that grow wild in Africa and Asia. Gardenia jasminoides, which came from Japan and China to Europe in 1754, is the only one grown in the garden. Particularly interesting are its varieties of Plate full of flowers and low Radicans.

Gardenia grows as an evergreen shrub that can reach its height in its natural habitat, from 1 m to 15 m. Gardenia leaves are glossy, dark green, scarlet, long 10 cm, with skinned texture. White scented wax flowers appear one after another, from May to September. They can wither in time, but that does not diminish their beauty. The smell of the flower is dull and resembles the smell of jasmine. Gardenia flowers are single and hybrid species have double flowers with several layers of petals. The flower of the gardenia conveys intense emotional meaning and is associated with beauty. The flower symbolizes joy, purity, sophistication, and secret love.

In France, gardenia was a traditional flower for special occasions, and in England in the XIX century it was considered good luck to give this flower to a man. In Pakistan, gardenia is a national flower. Jazz singer Billy Holiday chose the gardenia flower for her trademark and wore gardenias in her hair every time she performed. Sigmund Freud Gardenia was the favorite flower. Gardenia flowers are used as decoration and in the production of perfumes.

The Gardenia flower comes only in one color and this color is white. Because of its white color, this beautiful flower is a perfect representation of innocence, purity and clarity. It is often used in wedding ceremonies and many consider it to be one of the most beautiful flowers in the world. Delicate nature of this gorgeous flower goes perfectly with the color white, and both the color and the symbolism behind the flower itself are perfect for wedding bouquets and decorations.

Grimian gardenia, Gardenia jasminoides, is not difficult to grow, but to achieve that it blossoms it requires a lot of attention. In a greenhouse or as a garden plant garden grows about 450 mm in height. They like a fairly high humidity and abundance of light, though not direct sunlight.

The room temperature of 16 – 24 ° C is suitable for most of the year. But in the late spring and summer, when the first flower buds develop, a constant temperature of 17 ° C is needed. Sudden temperature changes will cause withering.

Watering is required throughout the year. In the summer, add enough water (room temperature) to moisten the soil mixture in the bowl, and before pouring again, leave an upper layer of soil 15 mm thick and dry. Occasionally sprinkle plants, also with water at room temperature. Be careful not to moisten the buds or flowers, as this may change their color or damage them.

Between March and September, water up the plants every two to three weeks with acidic fertilizer for pots. Gardenia does not like acid, so in areas where water is hard, don’t use tap water. In the winter, between the watering, let the top layer of soil thickness 25 – 50 mm dry.

When roots appear on the surface of the soil or through a drain hole in the vessel, transfer the bushy plant to a mixture of soil containing the same proportion of leaf and moss. Also suitable are mixtures of forest soil and clay soil without lime. You can stimulate flowering in gardenia by trimming it and in winter if you pull out summer buds.

The plant with beautiful white flowers once was used as a flower for a wedding cake, and as a flower worn in a girl’s hair. Gardenias are difficult to grow in the house because they need a fairly high temperature and high humidity to flourish.

There are about 200 species of these evergreen shrubs growing in Asia and Africa, but only one species, Gardenia jasminoides, originates from China and Japan. The leaves are dark green, narrow, pointed, long 10 and a half inches wide. Gardenia jasminoides “Veitchiana” blooms in the winter.

For a successful breeding it is necessary that the temperature is moderately warm, at least 16 ° C in the winter. It also needs plenty of light, but in summer it must be protected from direct sunlight. It must be watered in the summer at least three times a week, and in winter it is enough once a week. While flowering, it is necessary to add water to half the amount of liquid nutrition every 14 days.

Gardenias sprout daily with a rainy weather, but no buds or flowers sprout because they can become spotted. Reproduction is done every two to three years in the spring. A nice shape is maintained by removing muddled branches in March. The gardenia can be trimmed after flowering. In young plants, growing pebbles are growing in the summer to encourage branching.

There are certain problems that arise when growing gardenia. For example, flower buds can drop before opening because of low humidity in the air. To prevent this, the pot must be put on wet limestone. Another problem is white woolen clumps on the leaves. This is solved by removing them by wiping soaked in methyl alcohol or by spraying the systemic insecticide. The last problem are the leaves. If the leaves are yellow, and on the underside of the flower, it is necessary to ensure greater air humidity. Spray them with insecticide or acaridae.

If, though, the leaves fade, it means that the Gardenia has too little light, so it needs to be moved to a lighter place.

Besides having a symbolical meaning and symbolism, every flower has a secret message just for us. This secret message is there to remind us about some of the most important things in life, so that we don’t get carried away with the things that aren’t important. The Gardenia flower is telling you to always be on the side of innocence and love, because every other side is wrong. Love the people who are closest to you and never disappoint them. Show them equal amount of love and respect as they show to you, and never forget to express that love.

Gardenia flowers are simply beautiful, gentle and elegant, and to some they are the most beautiful flowers on the planet. Whether you agree with that or not, it is not important because the beauty of Gardenia is something that can’t be denied.