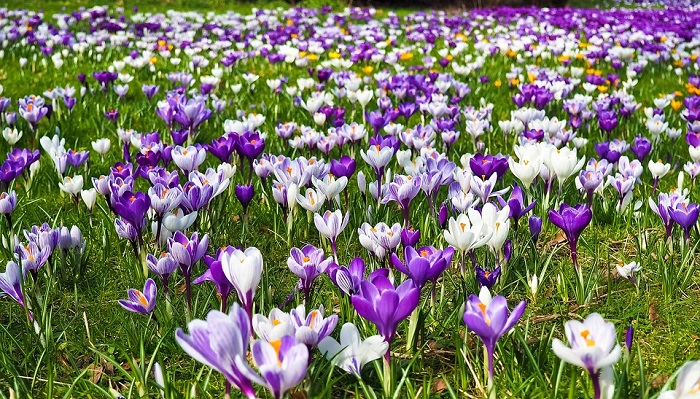 Flower symbolism and meaning is interesting but also very valuable to know. Flower symbolism is full of valuable information that can teach us about history and culture of many civilizations and nations.

Flower symbolism is there to help us learn more about flowers alone but also about the historical and symbolical value that they hide behind them. Flowers symbols were used by artists and poets for centuries to express the beauty and depth of every work of art.

Symbols by definition represent marks and characters that represent certain emotions, qualities and functions. They are there to help us express certain emotions we can’t express by simple speech or words, and they have been around for thousands of years. Flowers were especially valuable because they had healing abilities and they always captivated our attention with their beauty, scents and shapes. They are nature’s true works of art that help us share our deepest feelings with the people we love.

In today’s text we will be talking about the Crocus flower and the meaning and symbolism behind it. This flower has a rich symbolic meaning but it also has an important meaning when it comes to healing. If you ever wanted to know more about this beautiful flower, here is a chance to do that.

Meaning of the Crocus flower

Every flower has a hidden meaning and symbolism. This meaning and symbolism is a result of many years of development and cultural influences from cultures around the world. Each and every flower has its own unique meaning and we need to sometimes dig deeper to find out the true symbolic value of a certain flower, while other times the meaning of a flower is well-known around the world like for example symbolism of a Rose flower. Meanings of the Crocus flowers are: 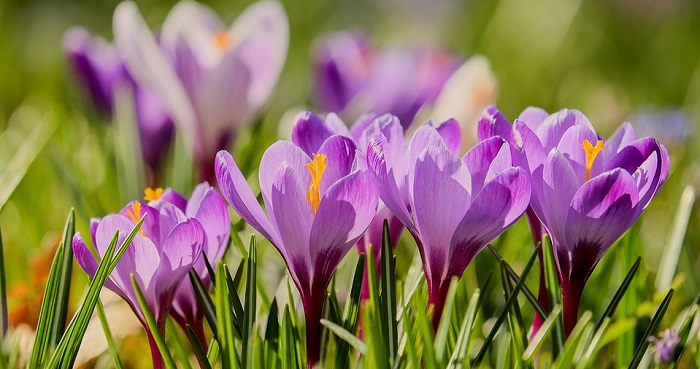 According to this legend, the Crocus flower got its name based on the Greek word that described the golden fiber which was used for making of the saffron spice. Another Greek legend tells a story about a Greek noble man Crocus who fell in love with Smilax, who was a beautiful shepardess.

After the gods forbidden him marriage with Smilax, he killed himself. Smilax couldn’t handle his loss, and cried constantly. Goddess Flora decided to turn them both into flowers to stop her from being sad, so she turned her into a vine and Crocus into the Crocus flower.

Since then, Crocus flowers and vines were connected and used as wedding decoration as symbols of love.

Crocus flower symbolism was particularly strong in Greece and Egypt. Greeks used it as a symbol of eternal love, which is a symbolic meaning derived from the story about Crocus and Smilax. Crocus was a young boy who fell in love with Smilax, who was a beautiful shepherdess.

After gods forbid him to get married to her, he killed himself. Smilax was inconsolable and to ease her pain, goddess Flora turned both her and Crocus into flowers. She was turned into a vine and since then Crocus flowers and vines were used as wedding decorations as symbols of love.

In Egypt Crocus flowers were used to prevent fumes from alcoholic drinks by spraying these flowers over the glasses.

Ancient Romans loved the fragrance of Crocus flower that they used it as ascent for their homes and for themselves.

Crocus flower comes in three different colors, and they are:

Color purple represents success, pride and dignity. This flower color is also a symbol of royalty and nobility and it can be a perfect gift for someone who is a perfect representation of these traits.

White Crocus flower is a symbol of purity, truth and innocence. This flower is usually used as wedding decoration.

The yellow Crocus flower is a symbol of cheerfulness and joy and it is a beautiful piece of decoration in your home or a beautiful gift for someone who needs a little bit of happiness in their life.

Today, his role is largely limited to culinary use, which makes him no less valuable. Moreover, it is a highly respected spice and used in almost the entire world. It is often referred to as the king of spices, and its unique aroma is characterized by the characteristic flavor of traditional Spanish paella from Valencia, Italian rice, lamb and chicken, French fish soup, Indian sweet sauces.

Saffron (Crocus sativus L.) is a perennial plant from a family of potatoes. The spice we know is derived from the tip of the flute (stigmas) of a flower each flower has only three. By the sensual qualities of saffron, it is intensely smoked, slightly gourmet. The root of the word saffron is in the Arabic word for the frans, which means “to be yellow”, according to the characteristic yellow color that it releases.

Saffron has been used in culinary use since the 10th century BC. It was the favorite spice of the Phoenician whose traders were carrying on all his journeys. The ancient Greeks and Romans used it for perfuming the baths. It is believed to originate in eastern Greece or Crete, but as the saffron does not propagate by seed, but by dividing the bulbs, its propagation to larger geographical distances requires man’s help.

Today, saffron is cultivated in areas from Spain to India. The largest producers are Spain and Iran with over 80% of world production. In Europe, saffron production is limited to just the Mediterranean area. It is produced in much smaller quantities in Italy, Greece, Crete, France and China.

When determining saffron quality, the most important is its staining ability. Strengthening the ability to release the paint means better spice quality. Spanish Saffron is traditionally divided into four categories of quality. “Coupe” is extremely rare and has no sales in some significant quantities. Following is the “Mancha” saffron, characterized by deep red color, which is considered to be the best in the market. “Rio” and “Sierra” saffron are lighter colors, which is why their coloring ability is poorer, as well as aroma and taste, and are therefore less appreciated.

Although for centuries the saffron is trying to grow in continental Europe, Germany, Switzerland, Austria and even England, it is produced in very small quantities only in Mundu, a small Swiss village in the canton of Wallis, where 1200 meters above sea level in a traditional way, they produce only a few pounds of spices a year.

Of the Asian areas the largest saffron production is in Iran. In recent years the yields have increased significantly and Iran is almost a major producer of Spain. Less quantities are produced in Turkey and India. Kashmir’s Saffron is of exceptionally high quality, but is rarely available outside India due to reduced production caused by the long-lasting unstable political situation in the area.

Saffron is known as the most expensive spice in the world. The short season of the flower – just three weeks a year, as well as the painstaking harvest and the production process make it more expensive than other spices. From each bulb of saffron in one season grow two to nine flowers purple to blue, each having three red-orange pumice lengths of 25-30 mm.

Fortunately, it takes little to give the flavor and the color of the food – but a quarter of the scoop (about 1/10 grams) of the cut fibers will intensively enrich 4-6 servings of rice.

The saffron we can find in the sale is packed in very small quantities. Sold in the form of dried fibers or crushed.

Because of the high price there is a risk of scams by buying cheaper substitutes for saffron. One such kind of curcuma is called “Indian Saffron”. But in India, the real saffron is growing!

There is, therefore, a spice similar to a saffron that also nicely paints dishes with a characteristic yellow-orange color, such as saffron (so-called Mexican saffron) or curcuma, however no substitute spice has that magical aroma of true saffron.

Every top cook is aware of his values ​​and knows he can fool around, but not his palate. It is, therefore, important for purchasing a saffron in the form of dried fibers and not as a blend of powder. These fibers should only be the tips of beetles, female organs from the flower of saffron, however, many manufacturers mix them with the dusters to gain weight. Prawns, male flower parts, such as safflower or curcuma, can only color the dish. Unfortunately they do not have any other culinary value, they leave no odor or taste typical of saffron.

Just like every flower has its own symbolic meaning and symbolism, it also has a hidden message that we need to understand and implement on our life.

The message behind the Crocus flower is that we should always look on the brighter side of life and to never forget the importance of positive thinking and possitive attitude.