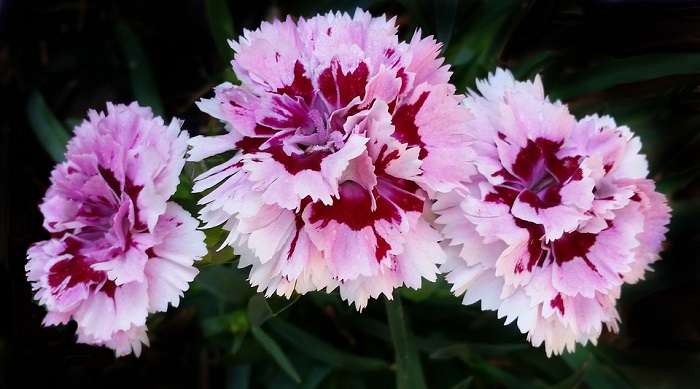 Flower symbolism represents a comention of stories and myths that were created hundreds of years ago. They were passed on from one generation to another and survived until today. When we think about flower symbolism the first thing that pops up in our minds is the symbolic meaning of a flower when we are trying to find that perfect gift for someone we love.

Sometimes flowers are able to express our emotions better than ourselves, because they can send that special message to someone without us even saying one word.

Flower symbolism was important and valuable in art and literature, because artists would use to express their emotions, messages they had to express without being too direct and to make us realize something important that we were missing out on.

Sometimes flower’s symbolism is well-known while other times we need to dig a little bit deeper to figure out what a certain flower represents. In today’s text we will be talking about the carnation flower and what it represents in a symbolic sense. This beautiful flower has a rich symbolism and today we will dig deeper to find out the origin of this symbolism.

Meaning of the Carnation flower

Every flower has its own symbolic meaning that is usually based on the stories and myths surrounding a certain flower. Back in times when people couldn’t understand what was going on around them, they used symbolism to explain and make sense of the things that were happening in nature. Flower symbolism as well as other symbolisms was created in those times, and the meanings behind the carnation flower are: 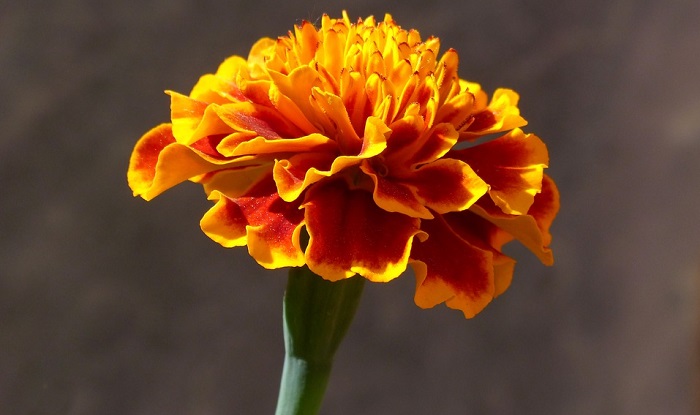 Carnation flower’s Latin name is Dianthus. This name was derived from two Latin words and those are dios and anthos. In translation, these two words mean god and flower so combining them we get the name “flower of the Gods”. The name Carnation has a different origin and there are two separate opinions about this name.

With a history dating back more than 2000 years, it is not surprising that carnations have a rich symbolism and mythology. Today they can be found in a wide range of colors, in red, yellow, white, purple and even green, and while they generally express love, fascination and identification, almost every color carries a unique and rich association.

Old Romans adored the flower of carnation and they considered it a divine plant. It is therefore believed that probably the Latin name for the genus Carnation is probably, Dianthus meaning Divine. Formal name for carnation, Dianthus comes from the Greek word for celestial flower or flower Jove. Some believe that the name Dianthus originates from the myth of the goddess of the Diana, who was returning from a failed hunting. She came across a shepherd playing a flute and blamed his music for hunting misery. In an act of anger she attacked him and removed his eyes, and when she cooled down, she regret her actions. Where the eyes fell, red carnations appeared as a sign of innocent blood.

Some also think that the name Dianthus carnation is derived from the Greek words dios, which means divine and anthos meaning the flower, and that is why the carnation is also mentioned as the flower of the gods.

In ancient Greece and Rome, carnation was used in art and decoration. Christians believe that the first carnation was on earth when the Virgin cried for Jesus Christ while carrying his cross. At the beginning of the 20th century, the carnation became the official flower for the Eighth of March, and Mother’s Day. Today it has special significance in many cultures around the world. Carnation is the national flower of Spain, Monaco and Slovenia.

Every color of a certain flower carries a deeper message and symbolism. Some flowers have only one or two colors, while the colorful Carnation comes in several different colors and they are:

Turkish carnation flowers is one of the oldest cultivated flowers, which appears even in books in the first century before the new era. Turkish carnation is a two-year, semi-bushy plant. Carnation’s Latin name is Dianthus and comes from the Greek words “dios” -God and “anthos” -flower. ie. a divine flower. They were called the flowers of gods because of his intoxicating scent. Carnation originated in Europe and Asia. Once you start to breed this beautiful flower in your garden, you will not be able to resist it because it is the ideal flower for the yard. It looks very nice when planted in groups.

Since ancient times, Carnation has been, and it has remained a garden ornament. And its types and varieties are endless. Flowers can easily grow from the seed. Seeds should be bought from reliable producers, sown in June in the lees, and a little bit less so that the plants develop well. In July or August, flowers should be planted in a permanent place, at a distance of 30-40 cm. Plants need to be carefully nurtured, dug and kept clean and well developed.

Carnation flowers love well-drained soil, which is slightly acidic. Cover the seeds with a flowerpot, which is about 1 cm thick, in this way you will achieve the best germination. Feed it initially with liquid fertilizer, once a week. And then he can go once a month. Regularly water your Turkish carnation, every couple of days, because it does not require too much water.

You need to put a little ground on the top and not cover it completely. When floral stems are shown next spring, they should be connected in small sticks, so that the winds do not break them. In May, the carnation will begin to bloom. At the time of flowering, we can select the best plants and make them for further propagation. The flowers are cut in June and are transplanted to another place for further reproduction. This species is a perennial plant.

In this plant, the tree is initially separated slightly laid, knotted to a height of 50 to 60 cm. The leaves are smooth, greenish-yellow, spongy. The flowers are complex, each composed of 5, on the top edge of the flower, in various colors and patterns. There are many varieties, from red, pink, white, purple, and of course, and mixtures of these colors. They are favorite flowers among bees and butterflies.

Turkish carnation flourishes early in the spring, early May and June. He loves the sunny position, but he also succeeds in the half-shade. Once you begin to grow this beautiful flower garden, it knows for many years to settle itself and that it is a beautiful decorative flower in your garden. Flowers Turkish Carnation is one of the flowering plants that begins to bloom at the end of the spring and is one of the flowers that blooms all summer. It starts gradually blooming, but never all the flowers are opened from one on one flower stem.

They can suffer from various diseases, but if you grow it properly, you do not have to worry about it. If, however, the plant gets sick, it’s best to remove the infected plant in time. They know they’re attacking rabbits. After transplanting the plant, dolomite capsules filled with fine black seeds can form on the tops. They may suffer from various diseases, but if they are in healthy conditions, then they rarely get ill.

Turkish carnation is ideal for gardens, you can use it for edges. It is a flower that smells pleasantly, so at the time of bloom, especially if you have them all the whole garden smell like them. It does not like shade, so you can plant it on places that are exposed to sunlight all day long. During the bloom season, remove the precipitated flowers regularly so that you can enhance the flowering. It does not tolerate weeds, so you should get them out regularly.

Dianthus Gratianopolitanus is a low, evergreen flower that has a rounded bucket of ten to thirty cm high. It spreads very quickly and can reach a diameter of up to 45 cm. The leaves are similar to grass, blue-green color, gathered in rosettes. This species blooms from 5-6 months, and can be pink or white. It loves half-sandy or sunny places, and best grows on moderately moist, permeable garden soil.

Dianthus Plumarius is an evergreen flower that has a padded root with blue-green leaves. The flowers are sown from May to June, and its height is up to 30 cm. The flowers can be of different colors, red, white or pink. Requires a sunny position, and best works in wet and loose soil.

Now that we learned more about the rich symbolic meaning of the Carnation flower, we should also know that every flower has its own secret message. Sometimes flower’s symbolism is well-known while other times we need to dig a little bit deeper to figure out what a certain flower represents.

In today’s text we will be talking about the carnation flower and what it represents in a symbolic sense. Secret message behind the Carnation flower is that we should spread love, affection and care for others instead of negative energy. This is going to give us an opportunity to lead happier and more fulfilled lives.