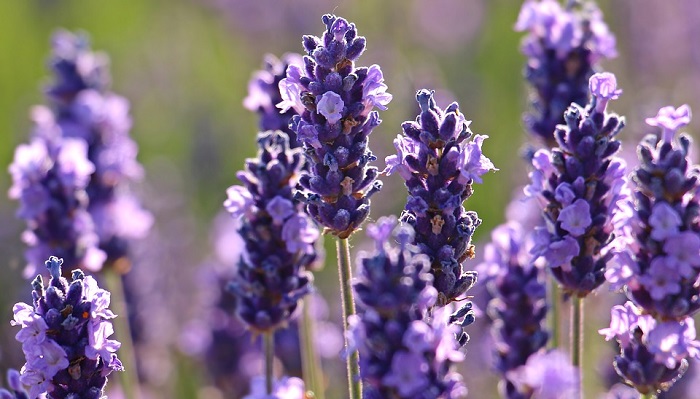 Flower symbolism is an interesting combination of stories and myths created by cultures and civilizations that lived nearby. Flowers might seem irrelevant to some people, but when you consider the fact that flower symbols are all around us, this is proof enough they are relevant and important.

Flower symbols were used in art and literature and they represented various organizations, feelings or emotions and other important things. People were able to determine which organization is in question by only seeing a certain flower symbol.

Flowers were an important part of religious ceremonies and festivities and there were even festivals held in the honor of certain flower sorts. Flower symbolism dates back hundreds if tears but it is still equally relevant and important today as it was in the past. People still rely on flower symbolism to pass on an important message and to express their emotions through flower symbolism.

In today’s text we will be talking about the Lavender flower and the symbolical meaning behind it. This beautiful flower has a very rich symbolical meaning and it dates back hundreds of years and it is widely spread i. many cultures.

Meaning of the Lavender flower

There is always a much deeper and symbolic meaning behind a flower than you might think at first. Lavender flower has several meaning and these meanings are:

The lavender flower represents purity and it was often used as a symbol on ceremonies and events that celebrated someone’s innocence and purity. This flower is often compared to feelings of soul cleanliness and purity.

Another meaning of the lavender flower is the meaning of serenity. This flower was often used as an expression of this feeling and we can often find lavender in various oils and scents that are meant for relaxation and aroma therapy. 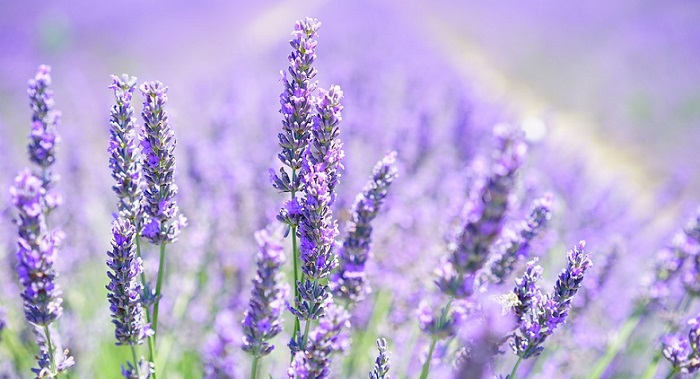 Lavender flower is also a symbol of silence because lavender flowers were used during meditation and in moments when people wanted to be alone with their thoughts and emotions.

The history behind the name of the lavender flower is interesting and tied to the practical use of this flower. Lavender comes from the Old English word lavender which is again derived from the Latin word lavage which means to wash. It is believed that the lavender flower was often used for washing clothes or people used it for bathing because of it beautiful and relaxing scent.

Another explanation for the name of the lavender flower is that it actually comes from the word livere which means bluish.

Lavender flower has a very deep symbolical meaning in various cultures. This beautiful flower was far more popular because of its practical use than for its beauty. People used lavender as a scent to freshen up their homes, themselves or as a gift for the ones they cared about. Lavender flower comes only in purple color and this color is the symbol of the seventh chakra and it is located on top of the head.

Lavender flower is used to initiate these vibrations and to make out bodies heal faster. Lavender was one of the sacred flowers in ancient Greece and it was used in temples and shrines as a scent very often. In ancient Rome, lavender flower was extremely expensive and only those with a higher social status could afford them.

Some flowers come in various colors while others have only few. Color of a flower can have an important symbolical meaning and can be completely in tune with the symbolic meaning of the flower or completely opposite from it. Lavender comes only i. one color and this color is purple. Purple color is a symbol of royalty and nobility but also a symbol of spirituality. This is why the lavender flower was often used in spiritual and religious rituals. The beautiful scent of this flower combined with its strong symbolical meaning was a perfect combination and symbolism for the spiritual world.

Lavender flower can be gifted to anyone you love and it was often gifted as a sign of care and love for someone. Today they are a regular part of flower arrangements and decorations for various events and ceremonies like weddings for example.

Lavender is a very favorite ornamental plant, and more and more is cultivated and plantation. There are no major requirements in terms of soil quality, it is very economical, and can also serve as a good grazing honey bee. In our country, most lavender is produced in Hvar.

The name of the lavender originates from the Latin word of lavra, which means bathing, and explains the basic purpose of dry flower and lavender, an essential oil. Essential lavender oil is used to produce perfumes and cologne. For the production of soap, cheaper essential oil of hybrid lavender is used. The healing properties of lavender consist in reducing nerve tension in migraine and neuralgia. It relieves cramps and helps in healing wounds.

True lavender manages to reach an altitude of 1700 m, wide to 700, and a hybrid of 700-1000 m. Lavender is a perennial plant that grows in the shape of a semi-bushy bush. The lifetime of autumnal and bred lavender is up to 30 years. The root is woody, very branched and penetrates deep into the ground. The stem is short, thick, woody and from the very root of the root is much branched.

True lavender grows in the form of a small bush high 40-60 cm and a diameter of 80-120 cm. Flowering branches are simple, long 20-40 cm long, leaves are opposite, narrow, complete edge and grayish-green, and on the back of the hairy. The flowers are blue; the fruit is a calyx with 4 egg seeds.

Hybrid lavender is a shrub 80-100 cm tall, with a diameter of more than 150 cm. Flowering stems are stretched, 60 to 90 cm long, leaf opposite, green, poorly hairy, and flowers as with real lavender. Hybrid Lavender is sterile and fruits are not usable.

The lavender seed is gourmet for 3-4 years. Sowed seeds drank for a very long time, up to two months. In the beginning, the plant grows very slowly, but it can drive the flower stem already in the first year. In the second year, vegetation begins with warming. The real lavender begins to flourish in June, and hybrid later on. When it’s cold, the blossoming is delayed for two weeks, and when it’s warm, it starts to flourish much earlier. The full flower lasts 6-8 days and then the flowers contain essential oil of the best quality. The fruit mature gradually during August, and is prone to leakage.

Lavender is a thermophiles plant that requires high temperatures and a lot of sun and light throughout the entire vegetation to accumulate essential oil. Warm sheltered terrains favor rapid growth of plants. Cold ground along with frosts cause severe crop damage, although the plant is stationary at temperatures up to -20 ºC. If the vegetation starts early, hybrid lavender can be killed due to the late spring frosts. If during raining, rainy and cold weather persists, the proportion of essential oil decreases by 50%, as well as the proportion of ether in it (up to 30%). Lavender perfectly tolerates drought, except in the initial growth phase.

True lavender does not have great demands on soil, and it also works on shallow, poor soil, and on karst. The hybrid lavender is somewhat more demanding and gives the best yields on deep, fertile soils with a good water regime, but also on the soil where the real lavender is cultivated. Cold, impenetrable pseudoglej is not sandy soil, neither tolerate nor hybrid lavender.

Before the founding of the lavender plant, one year before the deep autumn plowing must be done. If there is a possibility of creating a non-permeable layer, the selected surface must be poor. The last precondition must be legumes, which by September disappear from the ground. Immediately after the harvest, the soil has reached the depth of 18-20 cm, basic fertilization is carried out and a slight layer of soil up to 15 cm thick, which must be shriveled until planting, is prepared for planting.

Lavender in the same place remains 15 to 20 years old. The pre-culture must leave ground without weeds. The young plant is extremely sensitive to slowly dissolving herbicides, and can be planted at the place where the corn was only after two to three years.

Clones are more and more proliferating both types of lavender. The slabs are rooted in non-heated wrapped sheets. For the cloning, the best shrubs are 3-4 years old and cut in August or April. Prepared clones are placed in sand, at a depth of 4-5 cm, with a spacing of 6-10 cm, at a distance of 2-3 cm. Watering must be abundant. The rooted clones at the end of May are transplanted into open treatments. 600-800 clones can be grown per square meter.

Every flower is different and there is no need comparing the importance of one flower over the other. Each and every flower is special in its own way and we can learn a lot about ourselves by studying the symbolism and history behind certain flowers.

Just like every flower has its own symbolical meaning and significance, it is also hiding an important message we need to understand and implement on our life. Lavender flower is no exception and the message behind this flower is the one of refinement and royalty. This beautiful flower decorated homes of kings and queens and was always a symbol of a higher social class.

Therefore this beautiful flower is a perfect gift for someone who is dear to you in every sense of this word and no matter what your relationship with this person is. The beautiful scent of lavender is going to make that person’s day much brighter and happier, but yours as well if you decide to place this flower inside of your home.